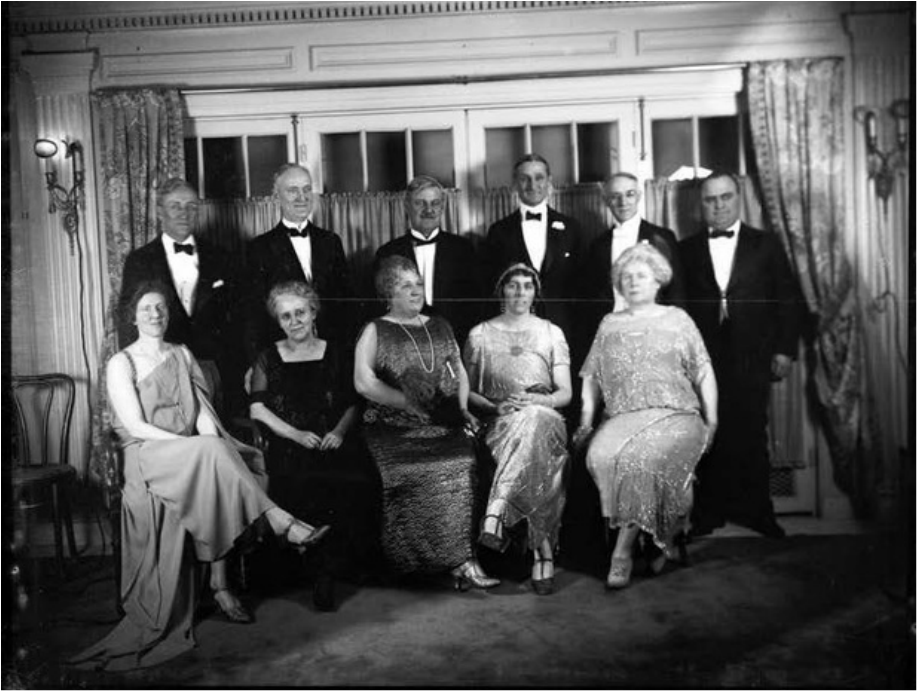 A Brief History of Big Sisters
May 1974 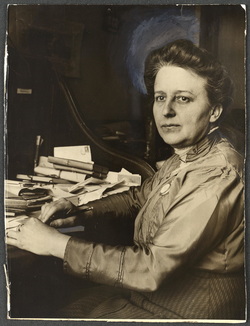 Big Sisters is a Catholic social service agency, unique in that most of its work is carried on by volunteer workers. It was established in 1917 at the suggestion of Judge Mary E. Bartelme of the Juvenile Court. She felt that a follow-up system for both delinquent and dependent girls was a necessity. Girls who were leaving the supportive influence of various institutions were in need of guidance, counseling, assistance and someone's interest, to be able to return to a normal life.


On an afternoon early in October, 1916, a group of ladies met in one of the vaults in the First National Bank. There were representatives from the Court, Catholic Clubs and Federated Clubs. The purpose was to form an organization to direct and help girls. In carrying on this work, it became apparent that an ounce of prevention was worth a pound of cure. So preventative measures were taken in the hopes of thereby avoiding corrective ones. The scope of the work also was broadened to include dependent Women and children.


After a few meetings, Mrs. J. Edward Thorndike was elected president and Big Sisters was started with 200 members, dues $1.00 a year. Committees were active and at the end of one year, Mrs. Thorndike retired as founder president. During this period the brilliant mind, broad vision, tact and optimism of one person stood out prominently. She was the next president, Mrs. George V. McIntyre. She was the inspiring leader from 1917 to 1942.

Big Sisters was now organized and as of March 30, 1917 had a charter from the State of Illinois with the following object: "To sponsor, counsel and help spiritually or materially all girls and women in need of such assistance". This meant that no other organization in Illinois could use the name "Big Sisters".

Big Sisters later moved across from City Hall where an office was rented that was convenient to the Juvenile Court where Judge Arnold and Judge Mary Bartelme presided.

The Big Sister movement captured the imagination of many who joined, gave large donations and helped in every way. The organization grew in prestige and service. As it is today, so it was then; women who were interested in saving souls for love of God joined, served on the board and worked together for years together.

Being in Court was always important and what confidence Judge Bartelme had in the judgment of the women serving on the Court Committee! Education was a necessity for all little sisters and Catholic education was promoted through a Scholarship Committee; another division of Big Sisters work was added.

Big Sisters completely furnished the Chapel at the State Training School for Girls at Geneva, Illinois. They paid full tuition for all children at the Mexican Mission. This mission was made popular nationally, later on, as the St. Jude Shrine.

During two years of the depression, emergency help was provided and Big Sisters served a hot lunch to all the needy at one of the downtown schools. In the course of another emergency, World War II, two Red Cross units were formed. Headquarters always praised the perfection of their work.

Big Sisters work is administered by the officers, board of directors and fifteen standing committees. Social Services rendered directly is channeled through three very active committees: Court, Scholarship and Welfare.

In the many years of Court work, we supported the gamut of every need of women and girls. We came in contact with grim poverty, degradation and many other problems calling for careful analysis and solution. The cases were referred to Big Sisters by the Juvenile Court, Youth Commission of the Police Department, Catholic Home Bureau, Board of Education, priests and nuns. Each girl coming to Big Sisters in this way received counseling from a professional social worker and received interest and friendship from all members of the committee. When necessary, this committee provides materially for the girl’s clothing, school and health needs; in every way tries to be the girl’s big sister.

It has been stated that the purpose of education is to help young people become self-reliant and self-directing individuals of society – such has been the aim in the formation and development of the scholarship committee, whose work has been the providing of scholarships for “Little Sisters” in elementary, high schools and nurses training schools. Girls in need who are receiving a Catholic education are aided. Members interview candidates and their families and confer regularly with school principals. The expenses provided included tuition, uniforms, books, fees, bus fare, etc. Each girl is contacted regularly by a committee member who in time becomes her friend and advisor. Often this relationship continues long after the girls no longer need Big Sister’s aid. All girls are remembered at Christmas. Many of our girls have succeeded in the goals they set for themselves. Presently, Big Sisters offers partial scholarships to ten young women attending Catholic High Schools throughout Chicagoland.

Our Welfare Committee was often asked to settle family quarrels, to have runaway couples properly married, to have babies baptized, to help children make their First Communion and to supply medical and dental care. The Committee members concerned themselves with providing material aid, food, clothing, money, housing, securing employment and caring for those women who could maintain themselves financially. Emotional and moral support is also given these women who often need advice. They are also referred to the appropriate legal and health agencies. These families are also remembered at Christmas.

In 1962 Big Sisters pioneered in a new type of work to help teenage girls and their problems. It was an expansion of our work in assisting Catholic Charities; a plan to establish a residence whereby girls in need of care and under the jurisdiction of the Catholic Home Bureau of Catholic Charities may live under the supervision of the Dominican Sisters of Bethany. These nuns specialize in the care of teenage girls. Due to present day conditions, Bethany closed its doors in 1972.

Big Sisters furnished a room at the Sara Hackett Stevenson Memorial Home, 1400 W. Monroe Street – a sanctuary of hope and guidance for mothers in children. We  served as a delegate on the board of the memorial home.

The Institute, begun in 1972, is endeavoring to provide comprehensive service to school age parents. The main components of the Institutes’s program are social services, health care counseling, accredited high school education. While the majority of the Institutes’s work is with the pregnant teenage girl, services are provided for the father of the baby and the girl’s family. Presently, we support the Arts of Living program which provides services and support to young mothers and their newborns. For the past several years we have included a Baby Shower as part of our Spring Luncheon and Fashion Show and all items donated are given to the Arts of Living program.

Big Sisters derive their revenue from members' dues, private contributions and two benefits which are held annually. These benefits were a Formal ball in December and an after Easter Spring Luncheon and Fashion Show. However, in 1971 a Holiday Brunch replaced the formal Ball. Another avenue of support comes from the Board of Directors. Members of the Board assume the responsibility of gaining financial support either by their own contributions to the organization or by securing funds through the sale of raffle tickets, getting people to attend the parties or by soliciting Angels or Sponsors. To be a member of the Board means more than attending monthly meetings.

We are currently affiliated with:
Catholic Charities of the Archdiocese of Chicago

In an era when social service has become a big business, it is still a vocation to the Big Sisters.